A downloadable T.O.A for Windows

We are the Pentabit(Our team name,  university students in korea) developing the Tower of Arcana. We are going to introduce the game that we are currently developing.

This game is basically a Rogue-lite game(Deck building + Rogue -lite). We wanted to create a game with a mix of Deck building elements and Rogue-lite elements. (Inspired by slay the spire) This video is a 'Tower of Arcana' trailer.

As you can see in the video, this is a game that uses cards.

The game is being prepared for release via Steam. The game is simple to play.

① The player acquires the card

② Build a deck with the card you have acquired

③ Use the deck that you configure to fight

The above three are the main points of the game.

1. Weapons  In the world of Tower of Arcana, the weapon is a spellbook. There are many kinds of spells. Each spell has its own passive (this is not yet implemented as part of the plan). Each spell (weapon) has four deck slots. The first slot is fixed to 'Attack' slot as shown below. The remaining 2, 3, and 4 slots are randomly determined for every weapon. A description of this deck slot will be explained in detail later. 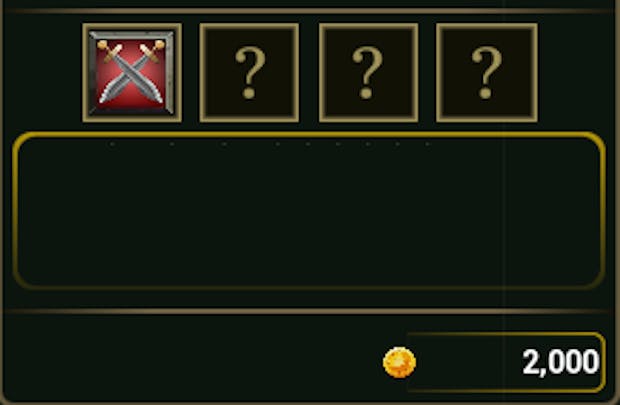 <The first slot of the weapon is fixed as 'Attack'>

As mentioned earlier, the weapon has four deck slots. Each slot has a 'deck preset' type that can be used in the slot. If a slot gets a spell (weapon) with 'attack', 'attack', 'defense', or 'buff', the player will have three types of attack and defense buffs Will be available. A deck preset is what the player must configure to use the card and is associated with the deck slot of the weapon. 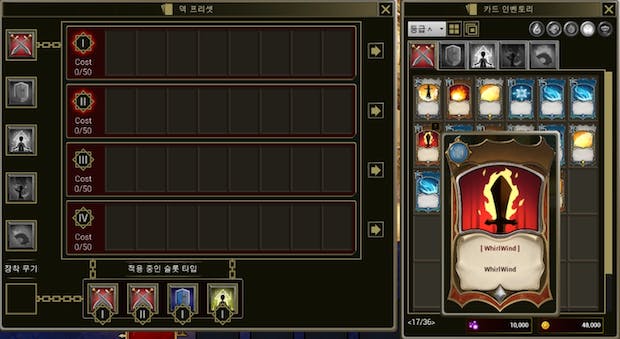 How to configure the deck presets depends on the player's card inventory Simply double-click or drag the card you want to use to register it in your deck preset. You can see the deck slots (attack, attack, defense, buff) currently applied to the weapon in the slot type part of the picture above. You can see four deck presets in I, II, III, and IV by looking at the deck presets in the left pane of the photo. Up to four deck presets can be configured for each of the five card types (attack, defense, buff, debuff, and utilities). In the above picture, I and II are lit red because the weapon has activated the attacking slots I and II. Even if you register a card in a deck preset (gray III or IV) that is not activated by a weapon, you can not use the card in a real battle. 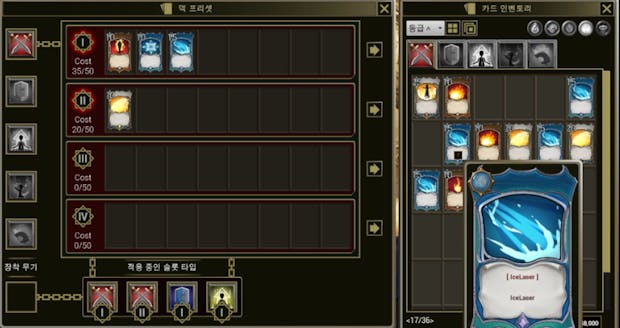 All deck presets are cost. At this time, cost is calculated by summing the cost of cards registered in the slot.

3. Card  As mentioned earlier, in the Tower of Arkanas, cards are like other game skills. There are ways to acquire cards, such as monster treatment, acquisition through a treasure room, or purchase at a card shop. 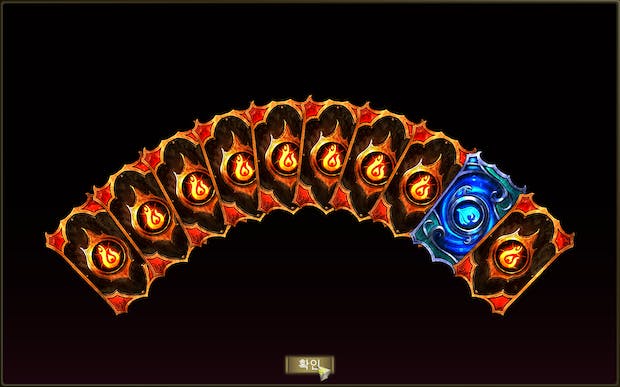 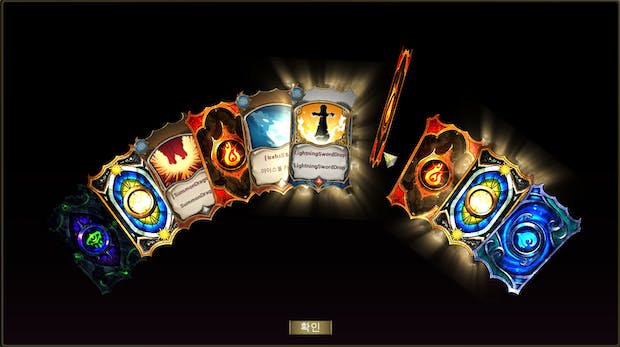 If you buy a card at a card shop, you might be worried about parts like Gacha. Do not worry. Instead of drawing money by using real money, you buy through the goods in the game. The only purchasing factor in cash currently being planned is the purchase of the game.

<Color appearance of card by property>

The card also has the attributes fire / water / tree / person / cancer (attributes can be added during later development). Each attribute has a mutual relationship and can be attacked with more basic damage and damage attributes. Each property also has its own special effect.

If you use a card in battle, you will have a card shuffle. This shuffle is based on the player's deck presets. Therefore, you have to play while paying attention to the card counting in your hand, and you can continue the battle with the card of the combination you conceive.

4. Level(Map)  Current map (shelter, treasure, monster, shop,?, Boss) is implemented state. The map is constantly being developed and updated, and we are planning various kinds of maps. The shelter serves as the base for the player, and the treasure room gives the player a chance to gain valuable cards or items. In the Monster map, you can get items through battle with monsters, but you can lose your life. The shop map is for purchasing items using the goods obtained through the battle. ? Is an option that does not know what to expect. The boss map is at the very end of the map and must be defeated to move on to the next stage. 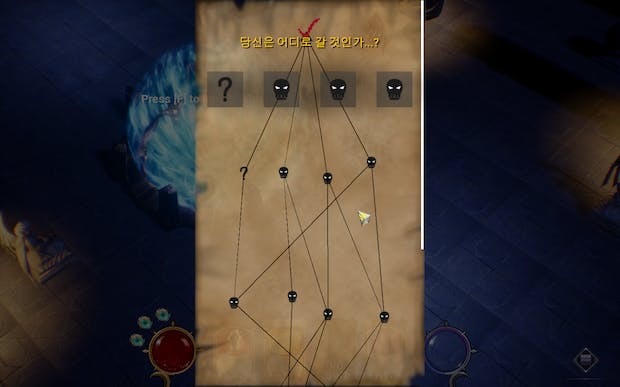 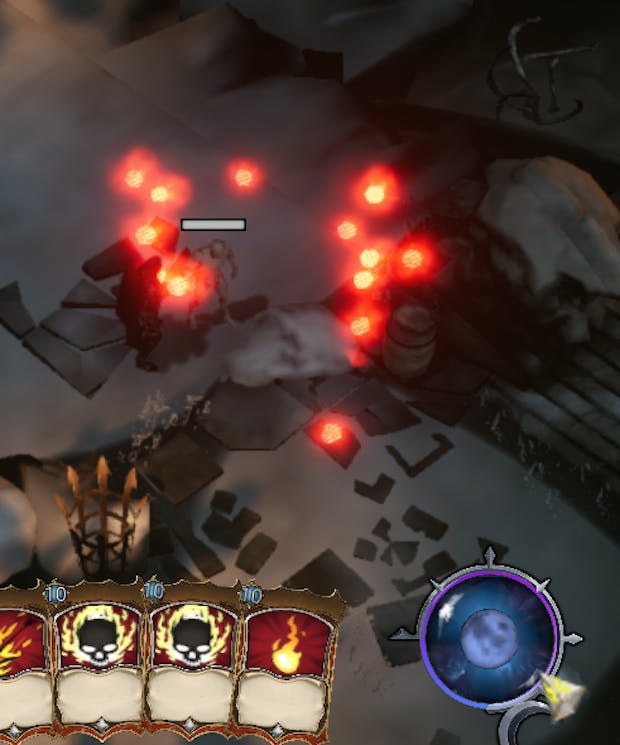 If you defeat the enemy, the magic essence will scatter and float. You can obtain an integer to fill the overload gauge. Using a tightly loaded overload gauge will allow your card to be used without cooldown. If you take advantage of this, you will be able to play a more pleasant and powerful battle! 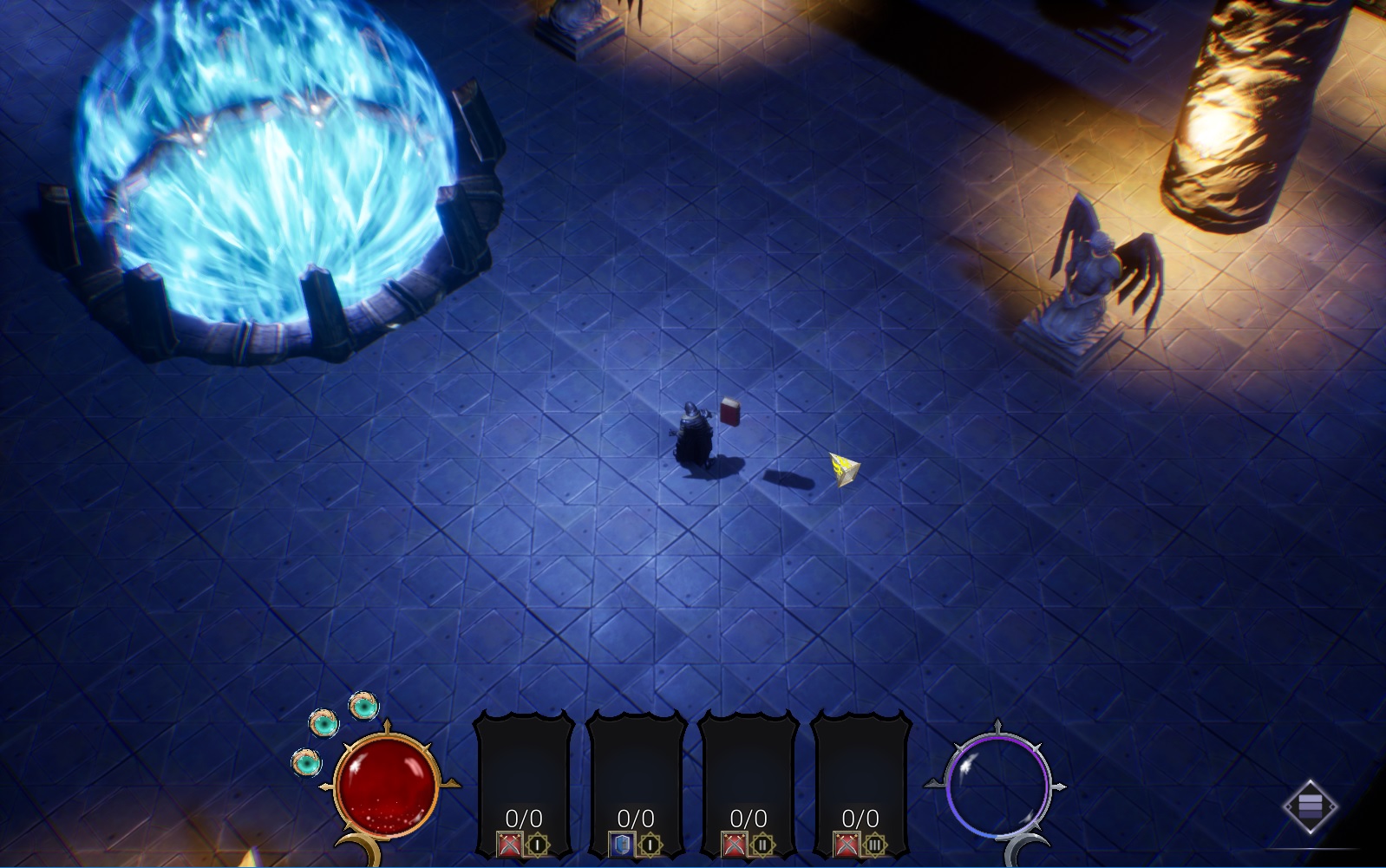 1) When you start the game, you will start in the same shelter as the photo above.
2) Then, go to the right(You can see the flying table. That is Temp card shop). 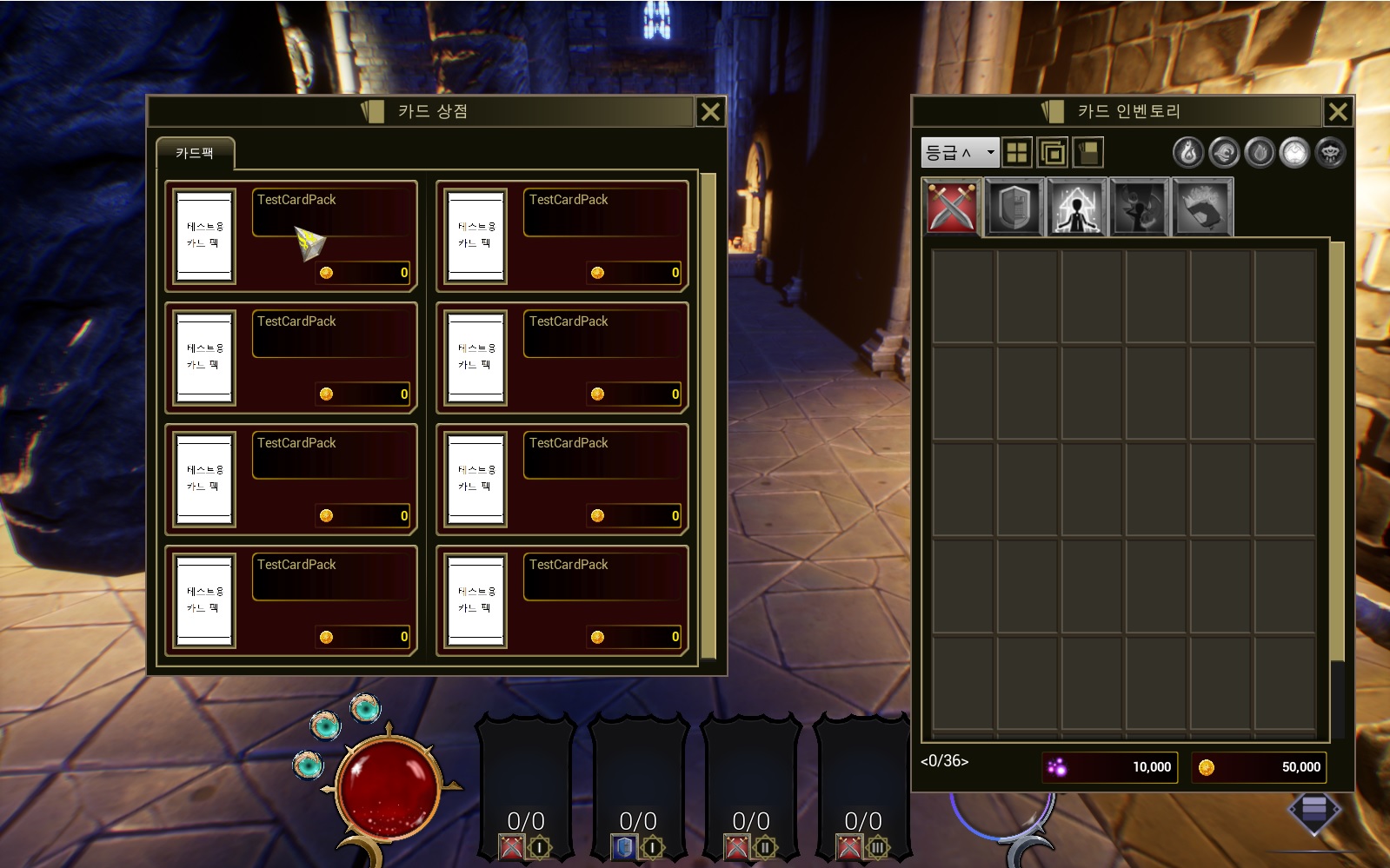 3) Go to the card shop and press the 'I' button to open the card shop. Then double click 'Test Card Pack' on the left. 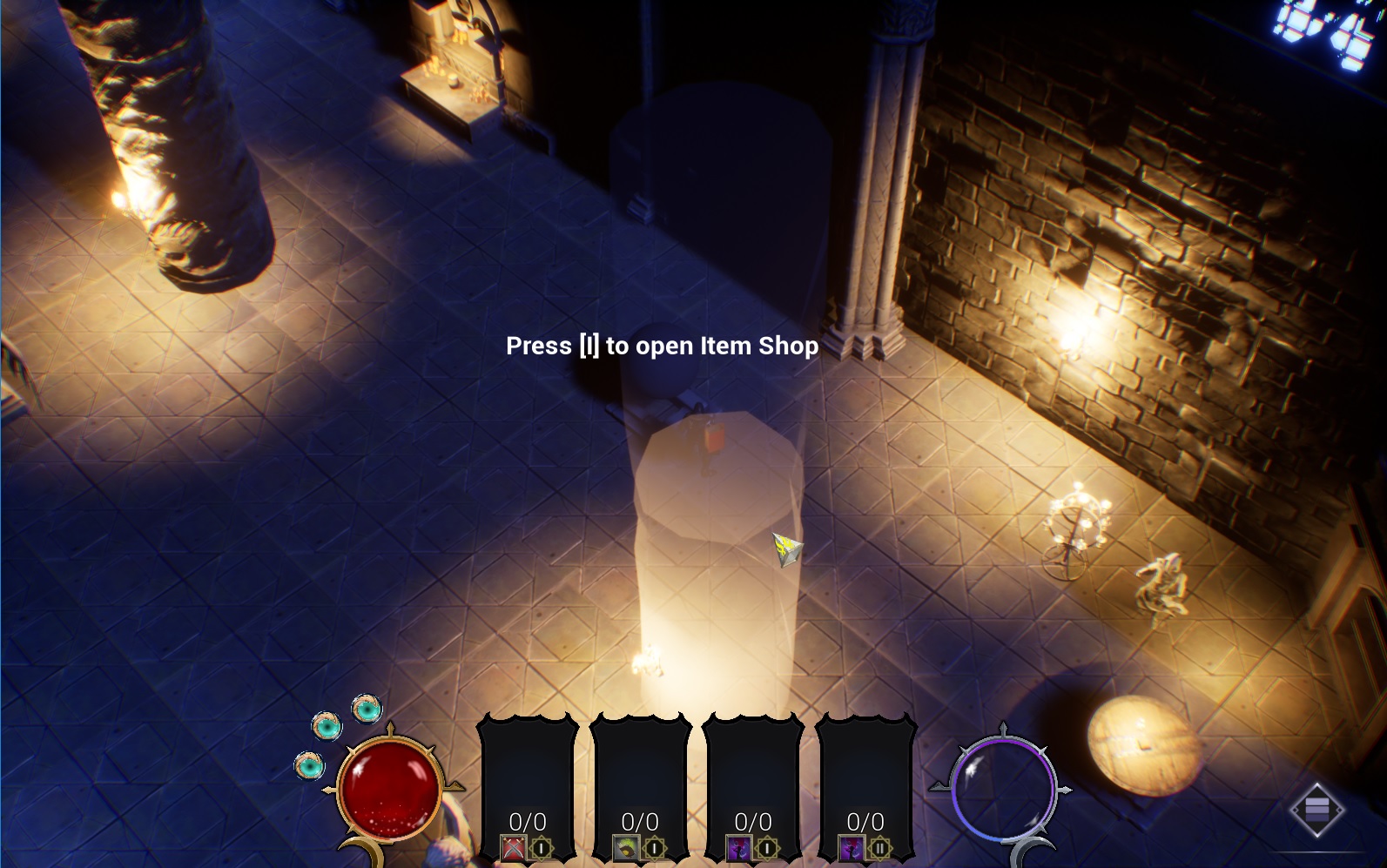 4) When you come up, there is an 'Item shop'. Currently, items are only weapons, not weapons. Since each slot is randomly assigned to a weapon, try purchasing a weapon until the desired card slot is available.

5) You can equip your weapon by pressing the number keys 1 and 2.

6) You can configure the deck by closing the UI window and pressing the numeric keys 3 and 4. Make your deck here. 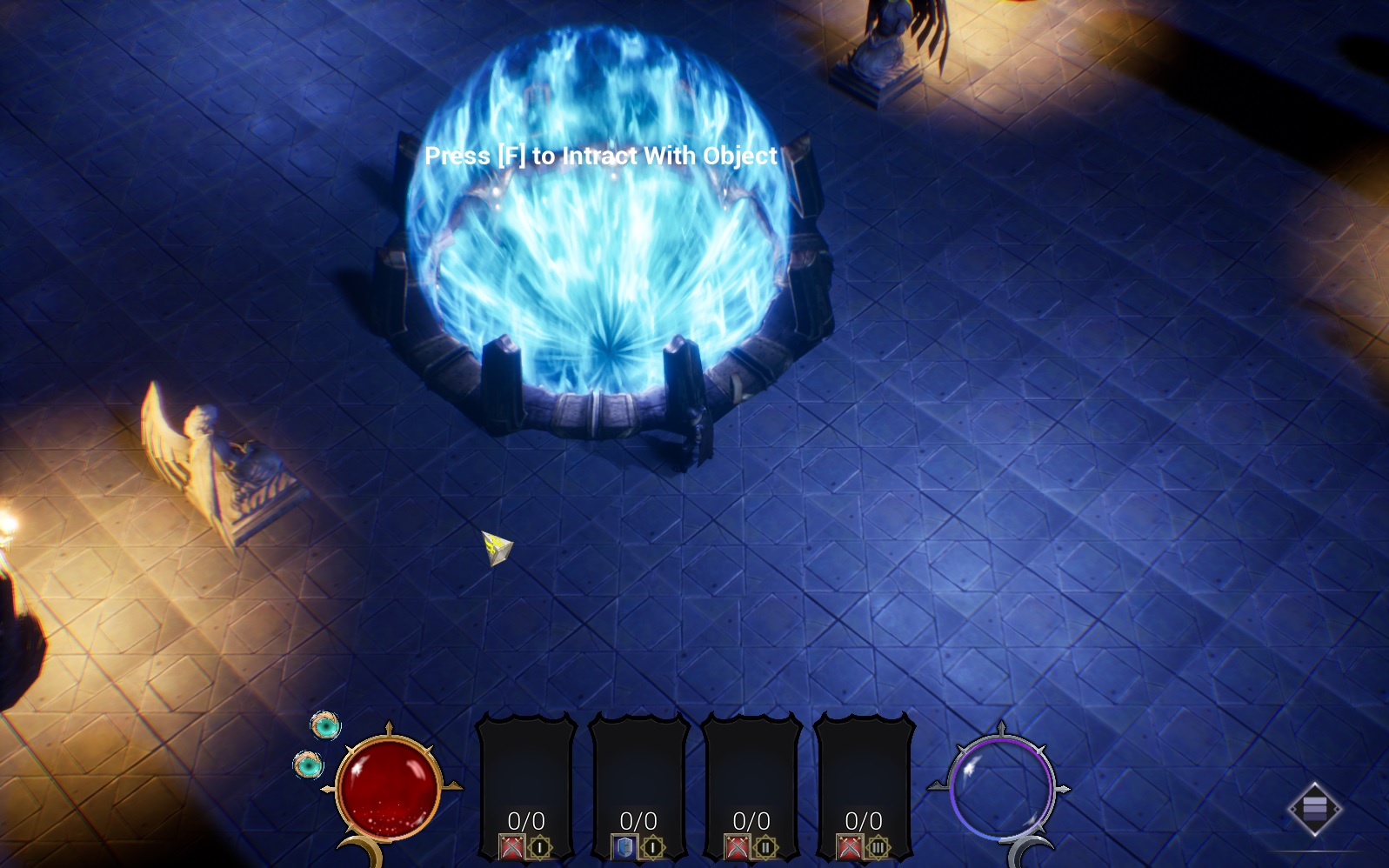 7)Go back to the portal above and press 'F' to move to another dungeon.

2) Press ESC key and Select Third Button then you can Exit Game.

T = Use Over guage function when guage full.

The game will be installed as T.O.A. If you want to delete later, find T.O.A and remove it. Installation capacity is about 10Gb. The demo version now is a very easy-to-adjust version of the difficulty and card acquisition. 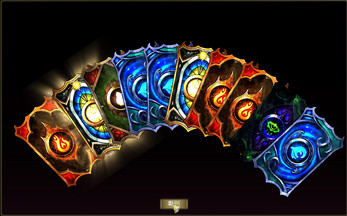 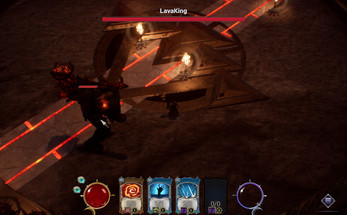 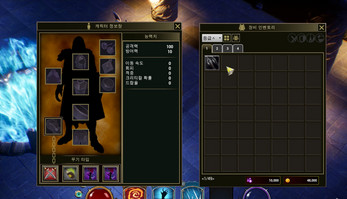